SELF-DEFENSE IN A CAN!

ABOVE: Team NanoTime training hard during a recent team camp.

Having been founded mid-pandemic, Team NanoTime had limited opportunities for racing in 2020. With the support of a long-term sponsor in the form of software developers, the squad was able to use the time wisely, focusing on preparing for 2021. Nico Bell, Matt Beers, Wessel Botha, Stuart Marais and Zandri Strydom are now raring to go and cannot wait for the South African cycling season to get underway.

The team competed in the Nissan TrailSeeker and Pursuit Challenge events in 2020, amongst other late-season races, racking up five victories and four second place finishes; including a 1-2 for Beers and Botha at the Race to the Sun. For 2021 they will be adding the title sponsor’s name to their official team name and are also excited to announce that existing sponsors, Specialized Bicycles, Sponsor Nutrition and Bell’s Cycling will be joined by additional sponsors.

The software development company, International, are taking a more prominent role in the team for 2021. Bell, Beers, Botha, Marais and Strydom will thus race as Team NanoTime. “Getting involved with Team NanoTime and supporting the athletes who are dedicated to the sport we all love, was a no-brainer,” enthused Dave Jacobs, CEO.

ABOVE: New Africa Developments (NAD) have taken up a supporting sponsorship role, re-joining with Nico Bell, Matt Beers and Wessel Botha whom they supported as Team NAD until 2020. Photo by Milan de Beer for MEDIATIC Studios.

“The year 2020 will for a long time be remembered as a year that tested even the strongest of us, and with the major financial implications of the COVID lockdown restrictions, we made the very difficult decision to step back as main sponsor of Team NAD” Van Niekerk continued. “A new year brings new opportunities and New Africa Developments and the riders from Team NAD have decided to once again take hands.”

The team will once again compete on Specialized Bicycles. The new Specialized Epic is the team’s mountain bike weapon of choice, but they will also be racing Specialized Diverge gravel bikes as well as riding the Specialized Tarmac when they take to the road for racing and training.

Look Cycle South Africa will also be joining the team as a product partner in 2021. Their Carbon-Ti X-track MTB pedals will keep the Team NanoTime riders’ feet firmly planted and assist in efficient power transfer. Sponsor Nutrition, the Swiss sport’s nutrition company, will aid in providing the riders with the fuel to power their pedal-strokes by continuing their partnership with the team. While Bells Cycling will serve as the team’s base, providing excellent service to ensure the squad’s bicycles are in race-ready condition throughout the season.

ABOVE: Giant has added some fresh faces to their Factory Racing team.

With a strong group of World Cup contenders and national champions, veterans and rising stars, the Giant Factory Off-Road Team enters the 2021 race season boasting a diverse mix of new talent and returning riders. This year’s squad consists of 14 riders competing in a variety of off-road disciplines including downhill, enduro, cross-country, gravel and E-bike racing.

One of the team’s key additions this year is French downhill pro Rémi Thirion, bronze medallist at the 2020 UCI Mountain Bike World Championships. Thirion, a veteran pro with six World Cup podiums to his name, captured his first World Cup win in 2013.

Team technical specialist Sebastian Boyington said Thirion brings a proven track record and veteran experience to the team as it looks to elevate its stature at the World Cup level. “Remi is a proven contender, always one to watch at World Cup level, and we’re all excited to see what he can do this year on and off the racecourse,” he said.

In addition to Thirion, the team welcomes new arrival Luke Vrouwenvelder, a promising young American XC racer, along with the core group returning from 2020.

This year also sees an expansion of the team’s XC and endurance squad with a renewed commitment to World Cup racing. Reto Indergand of Switzerland and Antoine Philipp of France are representing the team in the elite men’s category, while Australian Cameron Wright returns to race in the Under-23 class.

In addition to the three XC World Cup racers, US-based riders Stephan Davoust and Luke Vrouwenvelder will represent the squad at North American XC events. Davoust had a breakout 2019 season that saw him win a silver medal at the USA Cycling Marathon National Championship. He also scored the overall wins at two popular US events: the Downieville Classic and Grinduro. Vrouwenvelder, a six-time collegiate national champion, is seen as one of the top young American XC talents. He has an impressive list of top-10 results on the US Cup circuit and he finished on the podium at the 2018 Pro XC Nationals.

All the XC athletes will compete primarily on their XtC Advanced SL 29 hardtails and Anthem Advanced Pro 29 full-suspension XC bikes. 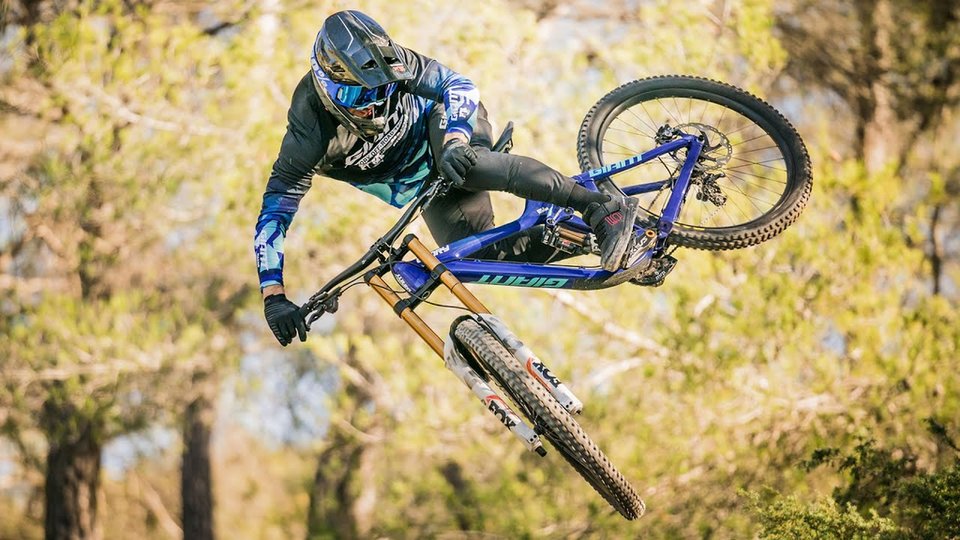 This past February the GO!Durban Cycle Academy celebrates its fifth anniversary, having significantly impacted on the lives of young people through its dynamic youth development programmes.

Launched in 2016, the Academy is a joint initiative between the eThekwini Transport Authority and Green Corridors NPC and has fast made its way to being recognised as Durban's leading youth development and active mobility programme. It provides free cycling training, academic support, and life skills opportunities to youths at four sites in the heart of communities in Inanda, Chesterville, KwaDabeka, and Kwamashu.

Now the largest cycling development programme in South Africa, The Academy, has 400 beneficiaries between the ages of 6 and 18 years.

ABOVE: The GO!Durban Cycle Academy is empowering its riders.

A key focus recently has been female development, and in 2019 it produced the first black female riders to ever compete in the KZN Gravity series (Downhill and Enduro MTB), as well as represent KZN at the Spur High School MTB League national finals in October 2019.

The Academy has continued to invest in the success of the youth during the Covid-19 pandemic. This included providing monthly food packs to all members, as well as adapted academic support where Mathematics and English tutors conducted Whatsapp sessions with Matric students to assist them in preparing for their final examinations.

Self-defense in a can!

Protecting yourself from criminals on and off the bike is vital. Venomist pepper spray with Viper Velcro strap offers a great self-defense option.

“We are not reinventing pepper spray but rather offering a creative alternative to having it accessible at a moment’s notice” said Celeste Rostoll, local agent for Venomist. The Viper is a velcro strap that fits snuggly around the top and down tube of your bike. The strap is fitted with a Velcro pad that "Hugs" the cylindrical can. This prevents the can from coming off whilst on road or trail. It is important to note that even though the can does not come off in the event of a fall, it is accessible with a simple pull and will release the can from the Velcro grip. Criminals will often target cyclists at the top of a hill after a climb or those who have been separated from their training crew.

While pepper spray can be an effective deterrent and can give cyclists or runners a better sense of security it doesn’t replace riding security common sense: don’t ride alone, don’t ride with valuables, don’t ride high-risk or remote areas without a group. Always be alert and aware of your surroundings!